June 10, 2019
It's been a while since I did a Travel post on here! It's been a Month since I went to Brussels, hard to believe it really. A lot has happened since then! 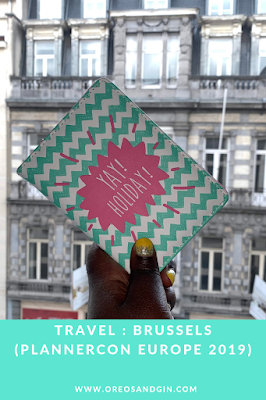 I bought my earlybird ticket last year, I knew i wanted this adventure to look forward to. I really enjoy travelling as you guys know but I'm finding that I enjoy Solo travel too. Having  RA has meant that I have become cautious and my adventurous spirit has been restless. I have learnt not to count myself out too eagerly. My mobility and stamina might be compromised somewhat but I should still be able to taste life.  Although Plannercon itself was exciting, I loved exploring the home of my favourite detective Hercule Poirot. My favourite bit of the weekend was making new friends. 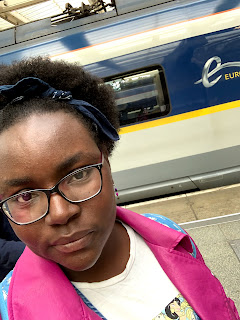 I took the Eurostar and chose the Standard ticket ( no accessibility perks) the first thing I noticed was how far back the chair was. I used my Jacket to create some lumbar support and it was fine. 2 hours later, I was in Brussels. I used the Citymapper App to navigate my way from Bruxelles Midi (where the Eurostar Train comes in) to Bruxelles Central via the ici train. The ticket was about 2.40 Euros.

I was staying at Motel One which was a 10 mins walk from the station. I used Apple Maps to navigate, it was pretty straight forward. I had easy check in, had a rest before sight seeing. I went to the Grand Place which is the main square in Brussels. I was on Priority list for PCE (Plannercon Europe) so I went to Square to Register a day early. 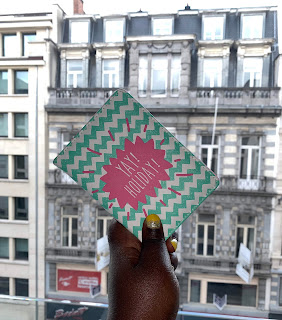 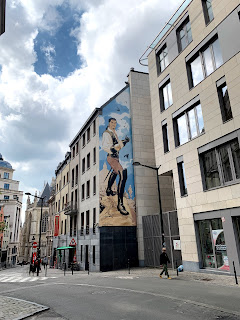 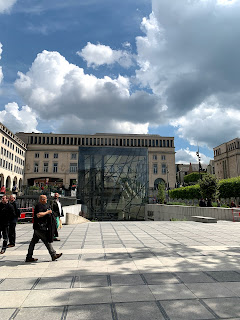 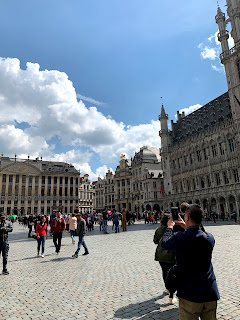 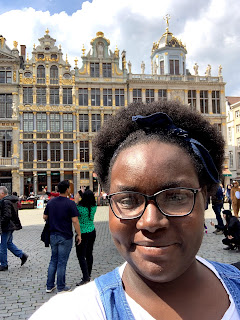 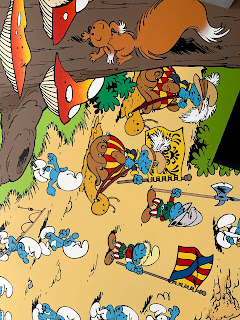 I met other people from UKPA who were Spoonies too so we took our time and didn't feel guilty which made my trip really. Taking things at our pace and having people to experience things with. We ended our day with a cocktail! 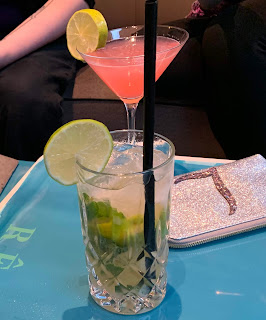 Saturday was the first day at PCE, It was a very well organised event with lots of great talks, workshops & vendor. 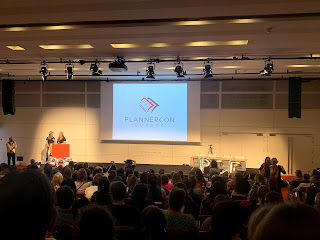 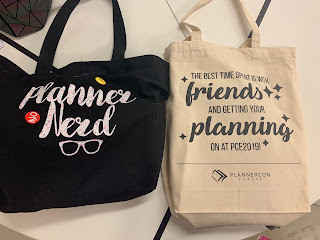 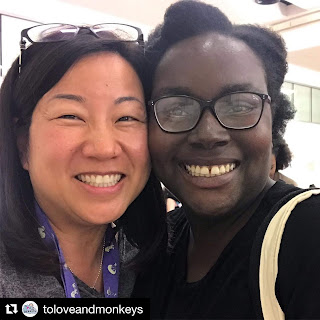 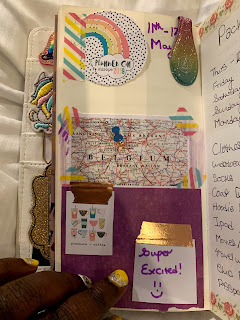 I was able to catch up with friends and make new ones. I was also able to Fangirl over Steve from Philofaxy , Amber from Carpe Diem, Julia from Filofax & Erin from Erin Condren!  I did buy a new Oli Clip too! We had dinner at Purple Rose that evening. I had 500g of Moules Frites. It was yummy! 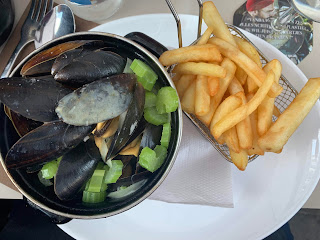 Afterwards, We had a Harry Potter PJ Party downstairs at the Hotel Bar, that was where I met my Friend, K who was a fellow Hufflepuff! I was having such a good time I didn't take any pictures except of the decor - I appreciate good design 😜 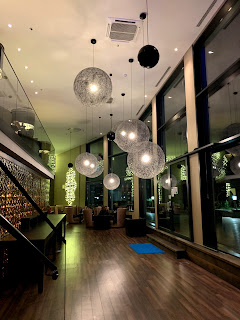 On Sunday, We all attended the final day of PCE 2019. More fab sessions and of course Shopping. 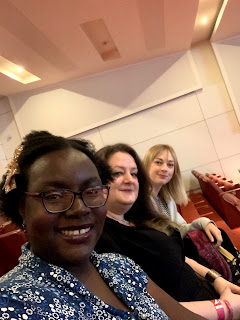 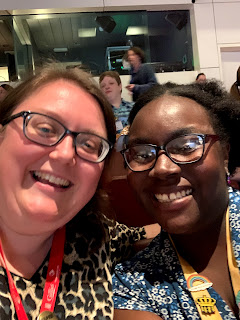 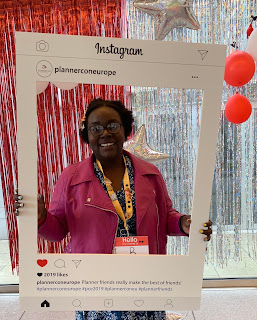 Afterwards, K who knew Brussels better than we did took us to Chez Leon for Dinner, my friends all ordered more Moules Frite but I went for the Chez Leon Pasta Special. I also ordered some Krieke Beer after tasting G's the other night. Now that's a beer I can drink! 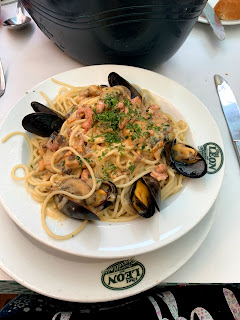 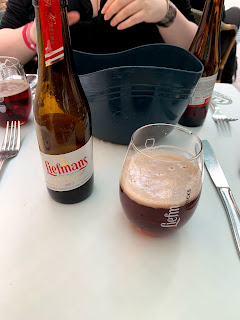 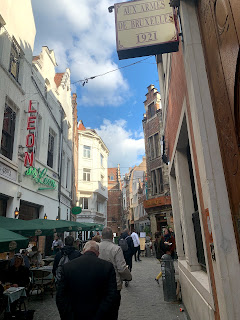 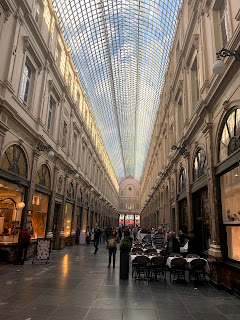 It was a perfect way to end my experience of Brussels. I felt so continental. By now, my body had had enough but I still had a few things that I Wanted to do.

However, when I woke up on Monday, I knew I had to put all thoughts of visiting the Atomium & Parc Cinquantaire aside. Instead, I met K, G & our new friend V for a look around the Cathedral of St Michael & St Gudula (which was epic by the way - if you are into historical stuff ) & then we had some Waffles from The Waffle Factory. 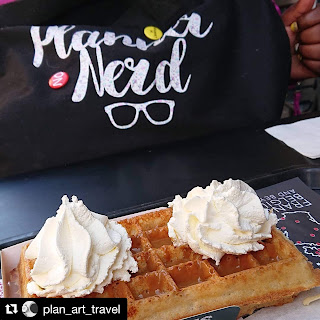 Before I knew it, it was time to say goodbye to my friends and make the long journey back home. 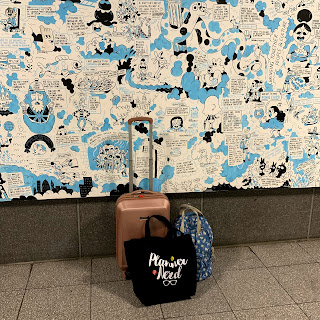 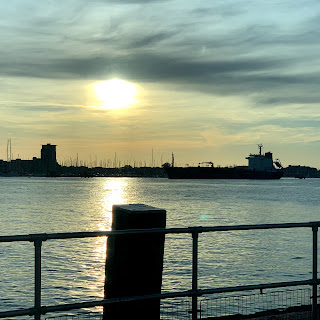 By the way, If you like my Planner Nerd Tote ( lots of people commented about it) Here's the link for it on my Etsy Shop